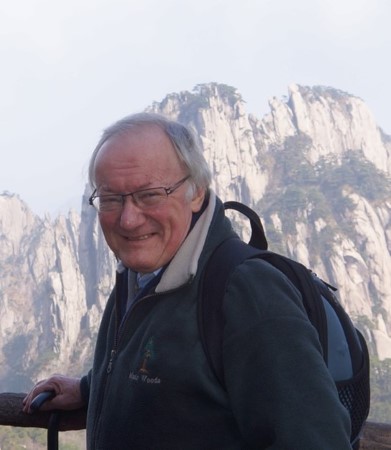 Michael Batty is Bartlett Professor of Planning at University College London.  He is Chair of the Centre for Advanced Spatial Analysis (CASA) and a Turing Fellow in the Alan Turing Institute. He was Professor of Town Planning at the University of Wales in Cardiff in the 1980s, Director of the NCGIA at SUNY-Buffalo in the early 1990s before he set up CASA at UCL in 1995. He has worked on computer models of cities and their visualisation since the 1970s and his recent publications Cities and Complexity (2005), The New Science of Cities (2013), Inventing Future Cities (2018), all published by The MIT Press, and the edited book Urban Informatics (Springer 2021) reflect this focus on the applications of digital technologies to urban planning. He is a Fellow of the British Academy (FBA), the Royal Society (FRS) and the Academy of Social Science (FAcSS) and was awarded the CBE in the Queen’s Birthday Honours List in 2004. He is a Fellow of the Royal Town Planning Institute (FRTPI).

In this talk I will attempt, somewhat optimistically perhaps, to compare space syntax with spatial interaction. At one level, these two approaches to urban spatial structure are non-comparable. Space syntax is largely a descriptive technique for visualising spatial relations at the level of connections between places while spatial interaction is a predictive model that forecasts how much travel there will be between places. The main output of space syntax is a connectivity matrix of step lengths between streets whereas in spatial interaction, such networks are predetermined, measurable in terms of Euclidean distance or generalised cost of travel, while the output is the volume of travel prior to this being assigned to the relevant modal network. However both approaches define accessibility, in space syntax in terms of streets while in spatial interaction in terms of places or zones. My analysis depends on thinking about the primal and duals of the street network. We assume the planar graph of the network is conceived of as a primal problem of spatial interaction while the dual graph linking streets in the planar graph is the graph which is used in space syntax. We exploit this duality and show how we can move easily between spatial interaction and space syntax from primal to dual and back again.  We illustrate these measures on simple and easy to articulate graphs and then extend this to a synthetic network of nearest neighbour links in Greater London based on some 699 nodes and 1972 symmetric street or routes/links between zones. We conclude with some speculations about the fact that these approaches can be considered as being digital twins of one another, perhaps. CASA Working Paper 208 explains the logic of these comparisons, see https://www.ucl.ac.uk/bartlett/casa/publications/2017/feb/casa-working-paper-208