The aesthetics of computer gaming

According to the latest Global Games Market Report, there are now more than 2,5 billion gamers across the world. This means that more than a third of the world’s population currently plays digital games, on mobile platforms or consoles. According to the Norwegian Media Authority, 97 % of Norwegian children aged nine, both boys and girls, play digital games. Given the current exposure of children to digital games, it is vital that we as educators understand the aesthetics of computer games in order to reflect on the relationship of digital games to other kinds of reading, viewing and play practises.

How can we understand games, as texts and as experiences? Drawing on the field of game studies and on theoretical reflection on digital aesthetics, this lecture discusses the aesthetics of computer games and the practice of digital gaming. Basing the discussion on analysis of specific game examples, the lecture presents Guanio-Uluru’s research on game aesthetics, undertaken as part of a project funded by the Arts Council of Norway. Analysing games in terms of their visual architecture, as well as in relation to other aesthetic features such as sound, kinesthetics and narrative components, Guanio-Uluru discusses several aspects of game play, that is, how the games play as a result of the various design choices of the game developers. The lecture also presents preliminary results from a new study on the aesthetic reflection of Norwegian 9th graders on their own gaming practices. 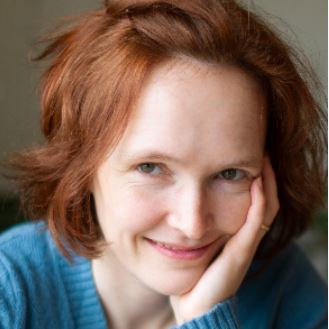 Lykke Guanio-Uluru is Professor of Literature at Western Norway University of Applied Sciences. She has conducted research on the ethics of fantasy literature, published in the monography Ethics and Form in Fantasy Literature: Tolkien, Rowling and Meyer (2015) by Palgrave Macmillan and in several journal articles and scholarly anthologies. A second research focus is that of ecocriticism, where Guanio-Uluru has published further articles and is the co-editor (with N. Goga, B. O. Hallås and A. Nyrnes) of the anthology Ecocritical Perspectives on Children’s Texts and Cultures: Nordic Dialogues (2018) and the co-editor (with N. Goga) of an article series on ecocriticism in Nordic children’s and young adult literature published in the Nordic Journal of ChildLit Aesthetics. Guanio-Uluru has further published articles on climate fiction and on the representation of plants in young adult literature and, additionally, has developed ecocritical reading roles for student teachers.

In the period from 2016-2018 Guanio-Uluru was part of a research project run by the Norwegian Institute of Children’s Books on literature dissemination and aesthetic experience. Having studied film and video production as well as adaptation, Guanio-Uluru combines an interest in media aesthetics with an interest in popular mega-texts and currently researches the aesthetics of computer games as part of a larger research project on digital aesthetics funded by the Norwegian Arts Council.