The summer now well behind us marked the start of field data collection in Repeat's work package 1---about soil carbon stock estimation. One of the two sites that were in focus during this year's field work was Okla wind farm (Stad municipality) in Western Norway.

A considerable portion of the landscape around these wind turbines is made up of blanket bog, and the site was chosen to study sustainable peatland management in relation to wind energy licensing. The access road to the wind farm weaves through a mosaic of coastal heathland and peatland, and it is unclear to what extent its construction may have affected soil carbon stocks. What we learn about the peat carbon stocks at Okla as part of work package 1 will help inform work package 3, which focuses specifically on wind power development and restoration.

Towards the goal of estimating peat carbon stocks---affected and unaffected by the wind farm---our field work had two main components: 1) measuring peat depth and 2) sampling peat for analysis of organic matter content.

Depth was measured first and foremost by ground-penetrating radar. This instrument sends electromagnetic waves into the subsurface, and can be calibrated to measure peat depth based on how quickly the wave is reflected back from the transition between the peat layer and the underlying material. Practically speaking, we dragged this rugged but expensive piece of kit on a sled along carefully navigated grid patterns, and probed the depth manually at various points along the way. In total we recorded radar profiles along 14 kilometers of grid pattern. 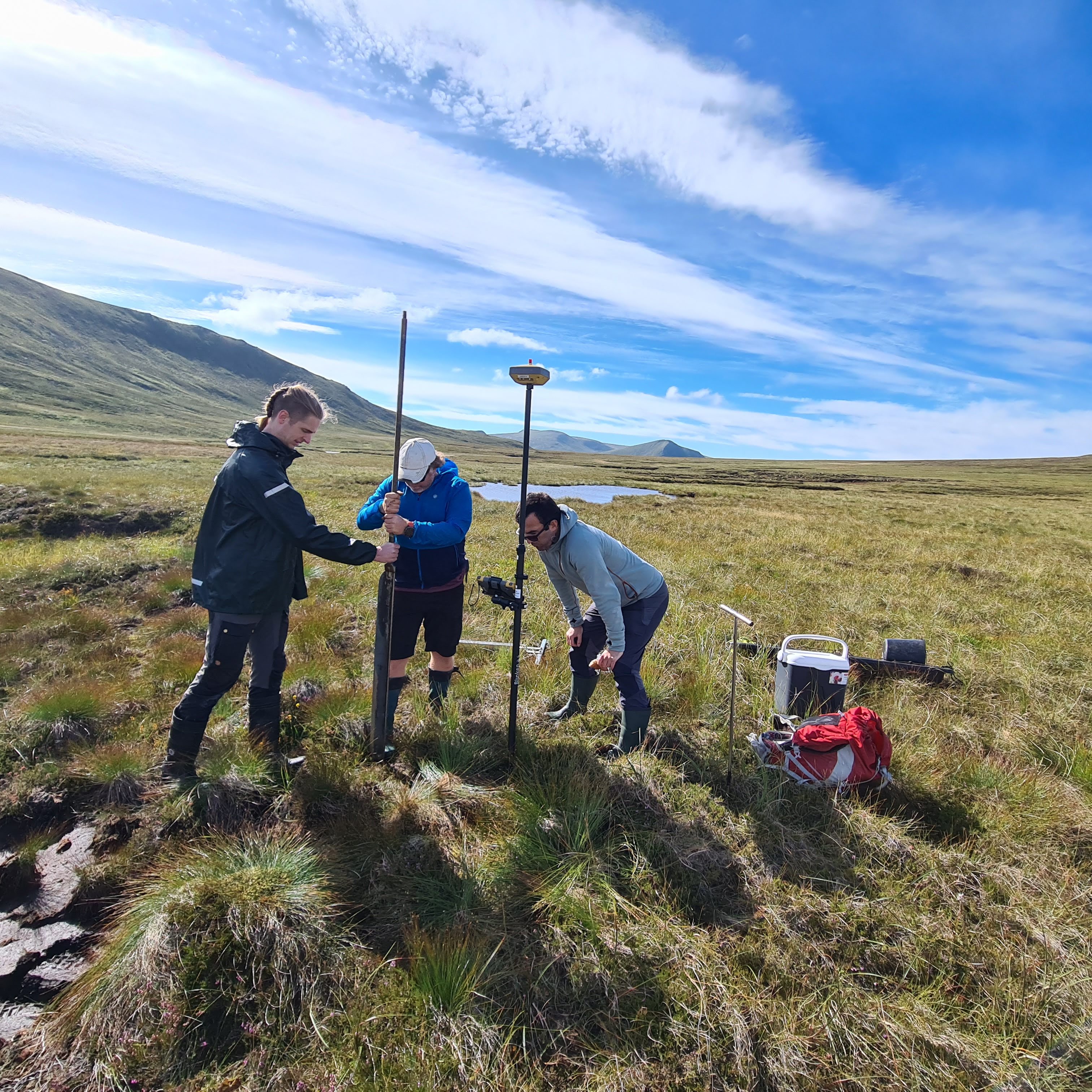 Meanwhile, peat samples were collected from soil columns extracted with a Russian corer. This tool---reminiscent of ancient weaponry with its sharp tip, long blade, and large chamber---produces relatively undisturbed samples of peat at practically any depth. From eight locations we collected subsamples representative of the full peat column, and from additional locations we collected surface samples which will help estimate the areal extent of peatland.

I thank my five HVL colleagues who joined me in the field for their efforts. The data collected this summer laid the foundation for a productive lab and desk season ahead.